o2 Mortgage / Mortgage  / With rates increasing, is now the right time to buy?

With rates increasing, is now the right time to buy?

We’ve all seen it. Rates have increased over the last handful of weeks and months. Clients are hearing it on the news, internet and TV and questions are arising. The question we keep hearing is “With rates increasing, is now the right time to buy?”

Most times, we discover that people are asking the question as they believe home prices will drop as interest rates rise. While this makes sense on the surface, let’s take a look at history:

According to calculatedriskblog.com, the last four significant mortgage rate hikes were in the years ’83-84, ’87, ’93-94 and ’99-00. On average, interest rates increased 2%. What do you think home prices did during these same timeframes? They went up! 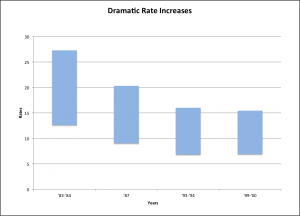 During those same timeframes, home prices went up 5.975% on average. Crazy right? 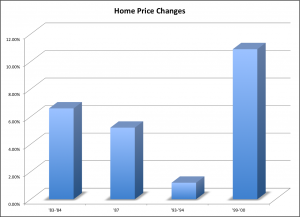 So why did home prices go up as interest rates were rising? Namely, mortgage rates tend to rise steadily when the economy is strong (much like it is now in early 2018). Similarly, home prices tend to rise when when the economy is performing well, too. This is what we see happening today. Interest rates are on the move but it appears, at least locally, to have little to no impact on the continued increase in home prices.

Drew got into mortgages in 2006. Cutting his teeth in the industry as it was going through the housing crash has proven indispensable to Drew’s success.

He lives in Willow Glen with his wife Brendy and their son Ford. In his free time Drew loves to cook, fish and spend time outdoors.